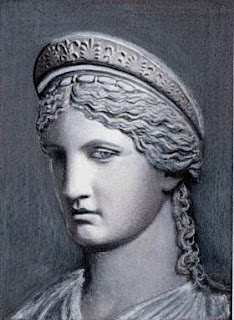 June is the sixth month of the current Gregorian calendar, and the first month of Summer. June’s original name was Junonius, from the Roman Goddess Juno, whose Greek counterpart was Hera. Juno is a patron of the female sex, and so this month was considered excellent for marriages. As Juno Moneta, whose temple was located on the Capitoline hill in Rome, she was guardian of money and wealth. June is sacred to Juno and all gods and goddesses who preside over love, passion, and beauty. It was also a time for the Vestal Virgins to cleanse the penus (sic) – a sacred vessel – in the Temple of Vesta.

It is the “door of the year,” the gateway to the inner realms. The Irish call June Meitheamh or an t-Ogmios, the young month. The Anglo-Saxon name was Aerra Litha, “before Litha.” The Franks called it Brachmanoth, “break month.” June is called Fallow by the Asatru.

The first Full Moon of June is called the Hot or Strawberry Moon in parts of America. It is also referred to as the Strong Sun Moon, Lover’s Moon, and Rose Moon, and it has been called the Moon of Making Fat and the Moon of Horses, and name similar to one of the names for May’s Moon. It shares the names Mead Moon and Honey Moon with July.